The Family Law Process in a Nutshell 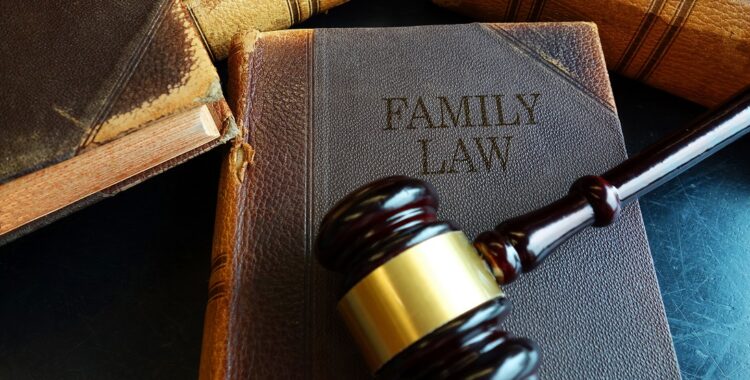 The Family Law Courts require parties to make a genuine effort to settle their matters through early dispute resolution services before applying to the courts for parenting and/or financial Orders.

Specifically in relation to parenting matters, you are required to first attempt to resolve all issues between you and the other party regarding the arrangements to be made for the children through Family Dispute Resolution (FDR). This is a form of mediation designed to help you agree to the terms of a Parenting Plan with the assistance of an independent third-party practitioner in the middle.

FDR is held with an organisation such as Relationships Australia, Family Relationship Centre, through a service provided by Victoria Legal Aid, or with a private mediator.  This is, of course, unless your particular circumstances are deemed unsuitable for FDR because there are issues which urgently require the court’s determination, or if there are reasonable grounds to believe that family violence or child abuse has occurred, or there is a risk of this occurring, in which case you will be exempted from having to attend FDR.

In terms of property matters, the Family Court of Australia requires parties to follow pre-action procedures designed to resolve matters early or at least narrow the issues in dispute, before starting court, with the object being to limit costs and to finalise matters quickly.  These pre-action procedures are not compulsory in the Federal Circuit Court of Australia, but they are certainly considered to be best practice.

If you cannot reach an agreement with the other party through the early dispute resolution processes, your solicitor will draft on your behalf and file with the court either an Initiating Application or, if the other party has already commenced proceedings, a Response to Initiating Application, setting out the Interim and Final parenting and / or financial Orders you are asking the court to make.

In a parenting matter, the supporting documents to be filed with your Application or Response are your Affidavit (your formal statement setting out the relevant history of your relationship with the other party, contributions made towards the parenting of the children, and other issues relevant to their welfare); a Notice of Child Abuse, Family Violence or Risk of Family Violence (Family Court of Australia) or Notice of Risk (Federal Circuit Court of Australia) setting out details of any abuse the children may have suffered, or risk of abuse; and any family violence which you or the children were exposed to, or risk of such violence being perpetrated, by the other party or any other relevant person.

In a financial matter, your Affidavit will address issues such as the financial and other contributions made, the asset pool now divisible between you, and future needs. One further document that needs to be drafted and filed with the court is a Financial Statement setting out your current financial circumstances.

The first date set for your matter will usually be a Case Assessment Conference or Directions Hearing before either the Family Court of Australia or in the Federal Circuit Court of Australia, depending on which court the proceedings are commenced. In preparation for this first date, your solicitors should ensure that they have drafted your court materials as accurately as possible, and that they have provided to the other party and their solicitors all relevant documents and information concerning the parenting issues for your children, and by way of your financial disclosure in accordance with the Court Rules.  You should always come to court with “clean hands”, having done all you’re obligated to do in accordance with the Family Law Act and the Court Rules.

You will need to attend court, together with your solicitor or barrister, on each occasion that your matter is listed.  At the moment, because of issues associated with COVID-19, most court appearances are being held by way of telephone or video conferences.  This is likely to continue for some time into the future.  Accordingly, you will need to attend at your solicitors’ office on the day your matter is listed unless you are advised otherwise.  Make sure you are on time, and that you are dressed appropriately (either in a suit or smart casual attire), as though you are appearing in person before the Judge.

When your matter is being heard by the court, the Judge or Registrar hearing it may put questions directly to you. Be prepared for this. You must address him or her as “Your Honour” if it is a Judge, or “Registrar” if the latter.  You must be courteous and polite throughout all interactions you have with the court.  Respect and honesty are always highly regarded by the court.

You should have read all documents filed, particularly your Affidavit, and be aware of the evidence to be presented on your behalf.  You should also have read and considered the documents filed on behalf of the other party and understand their arguments and the Orders they will ask the court to make.  This will help you stay focused on the particular issues in dispute between you.

At the first listing, the court will make Interim Orders to advance your matter.  If it is a parenting case, interim arrangements will be put in place regarding with whom the children live primarily, the duration of time they spend and communications they have with the other party, and addressing other relevant issues, which may include Orders for the preparation of a Family Report to assist the court in its ultimate determination as to the final arrangements to be put in place for the care, welfare and development of the children.

If it is a financial case, the court will make Interim Orders regarding issues such as any outstanding financial disclosure by either party, valuations of assets which may need to be obtained, and / or the sale of certain items to enable your matter to progress to a final property division in due course.

The second listing of your matter is usually for a conciliation conference or mediation.  If it is a parenting matter, the court may direct you and the other party to attend a mediation designed to explore the possibility of a resolution between you regarding the arrangements to be made for the children. This is after the interim issues ordered have been attended to.

If it is a financial matter, and your combined total net property pool inclusive of superannuation is less than $500,000, the court will order you and the other party to attend a conciliation conference.  This is held with a Registrar of the court and is very similar to a mediation. During this conference, the Registrar will try to facilitate settlement negotiations between you and the other party, and provide their guidance to both of you through indications of how the court is likely to treat the issues in dispute between you if the matter did not resolve and progressed to a final determination before a Judge.

Lawyers are present with their clients throughout the conciliation conference, to present their case, and to negotiate on their behalf, in accordance with the instructions you provide.  The discussions held during the conciliation conference, and settlement offers exchanged between the parties, are confidential and cannot be revealed to the Judge ultimately determining the matter if no resolution is achieved.

This allows parties to make a genuine attempt to settle their matters on a reasonable basis without fear that any compromise proposal they may put will be used against them later in the proceedings and prejudice their position in the eyes of the Judge.

If an agreement is reached regarding the terms of the final property division, the parties will usually sign a handwritten set of Orders or a document called “Heads of Agreement” before they leave the conciliation conference.  These are then transcribed into formal Court Orders to be forwarded by email to the Judge presiding over the matter, for his or her consideration in finalisation of the proceedings.

If no agreement is reached at the conciliation conference, the matter will then usually be listed for a final hearing to take place before the court at a later date, and further Interim Orders made for the preparation of the matter towards this final hearing.

If your combined total net property pool inclusive of superannuation is more than $500,000, the court will order you and the other party to attend a private mediation.  This is where a neutral third-party practitioner – usually a barrister – performs a similar role to what the Registrar carries out during a conciliation conference. They are facilitators of resolution.  Again, parties have the benefit of being represented at the mediation by their solicitors and / or barristers.

Just like the Registrar in a conciliation conference, the mediator’s views are not binding on the parties, but they are beneficial. Their indications as to how a Judge is likely to treat the issues in dispute and determine the matter at a contested final hearing, are invaluable in persuading each party to compromise their respective positions to achieve a finalisation to their dispute, whilst they each still have some control in terms of how it all ends.  If the parties cannot agree, the control is taken out of their hands, with the Judge being the ultimate arbiter of the dispute.

If they have not settled earlier in the proceedings, most matters tend to resolve at the stage of the conciliation conference/mediation, which spares the parties from incurring the further legal costs associated with their matter progressing to a final hearing.

Throughout the court proceedings, there may be interim applications filed by either party seeking the court’s determination on discrete issues, such as in enforcement of earlier Interim Orders made which have not been complied with, or to address certain urgent issues which may arise and upon which the parties cannot reach agreement.

The last step in contested proceedings before the Family Law Courts is a final hearing before a Justice of the Family Court of Australia or Judge of the Federal Circuit Court of Australia.  Each party and the respective lay and expert witnesses they wish to rely upon are required to give evidence in court, and to be cross-examined by the other party’s barrister.

At the conclusion of the final hearing, the Judge will deliver his or her reasons for Judgment and the final parenting and / or property Orders he or she determines are appropriate in the particular circumstances of each case.